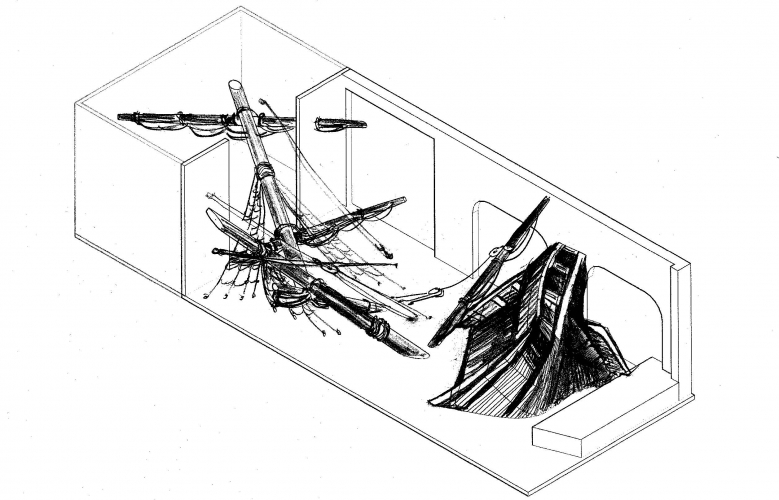 For a period of seven weeks Josh Beckman’s Sea Nymph will be host to a whole series of nautical-themed events, performances, lectures, and workshops, as well as an opera by and for dogs.

Inside the capsized hull of the ship there will also be a crystal cave. For a full list of ever-updating, feverishly programmed maritime events, see the full schedule below.

You can watch the shipwreck on our mast-cam. The mast-cam is streaming on u-stream so you might get subjected to an advertisement as it loads. Whatever, free streaming. 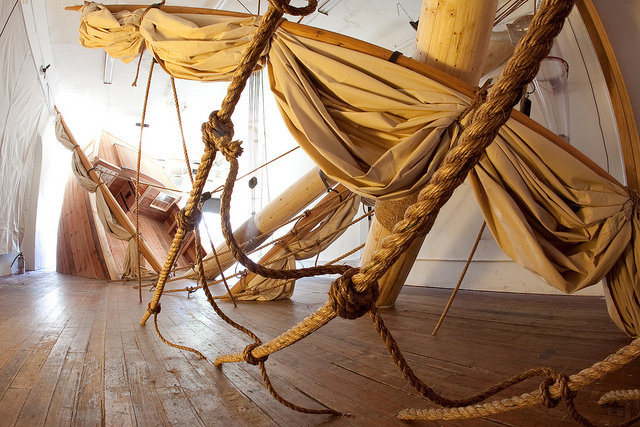 Throughout the course of the Shipwreck, other topics covered may include: sailors, rope ladders, dog opera, crystal caves, knot-tying, salt, stove-making, and falling through ice.

This project was specifically funded by the generous support of the Harpo Foundation and the Pasadena Art Alliance.