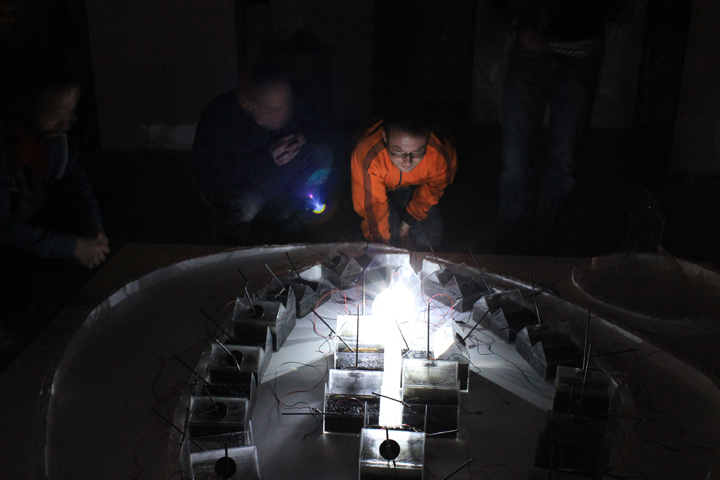 Artist Mick Lorusso will come to us from Mexico City to speak about his projects with Microbial Fuel Cells (MFCs).

MFCs contain bacteria that have the ability to release a small current of electricity while they decompose organic matter. After the talk, Lorusso will give a short demonstration on how to set up a simple MFC, using only basic materials like mud and sugar.

Mick Lorusso is a visual artist focused on energy in its many forms: as sustenance, movement, sensation, electricity and light. Recently, his installation using MFCs, “Microbial Schöppingen”, received an honorary mention in the Prix Ars Electronica 2013. He integrates science, mysticism, ecology, and community into his work, which includes drawing, sculpture, and urban intervention.