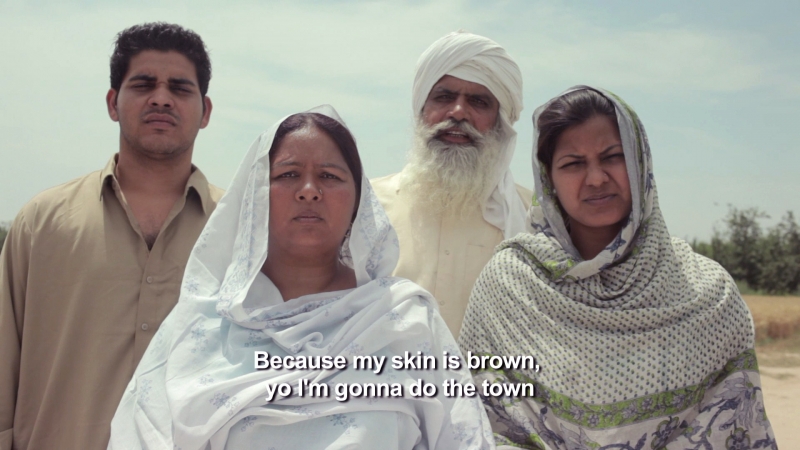 Presented in collaboration with Women’s Center for Creative Work

$10 Suggested Donation — All proceeds go to the artists

Join Susu Attar, Seema Kapur, and Roz Naimi in dissecting and digesting the intersections of their bilingual identities as it relates to their work. What meanings are lost or found through translation? How does language allow diasporic nations to form outside their motherland? How do we reconcile our many selves formed through these languages? What do American Rap songs sound like when sang in Punjabi? These are questions sure to be explored and challenged throughout the evening. Join us for drinks and music, tunes provided by Mazzy Worldstar, before and after the talk. Live translators and interpreters are welcome to join and flex their talent!

—
Susu Attar is a multi-media artist born in Baghdad and raised in Los Angeles. Her works draw from life in both cities, exploring the space between diasporic memory and the documentation of loss. Referencing family photos, Susu recreates childhood memories of people and places that no longer exist. By highlighting the visual vocabulary of early home photography, the work distinguishes itself from modern day selfie culture where everything in frame is perfectly posed. Utilizing paint “to remind the viewer that what they see is an object, not reality,” her work aims to move away from the false sense of actuality that photography often transmits and toward the possibilities of imagination. In April 2017 Susu curated ICONIC Black Panther at Gregorio Escalante Gallery in Los Angeles’ Chinatown for Sepia Art Collective. The exhibition featured works from over 50 artists exploring the 50-year history of the Black Panther Party. Susu received her Bachelors of Arts in Painting and Conceptual Information Art from San Francisco State University in 2007. She has exhibited in the San Francisco Bay Area, Los Angeles, Delaware, Montreal, and Dubai.

Seema Kapur is a filmmaker and performance artist based in Los Angeles. Identity, Ethnicity, Fantasy, and the Land are recurrent themes running through Seema’s body of work, having been shaped by her childhood upbringing in rural Wisconsin. She received her MFA in Film/Video from the California Institute of the Arts. Her work has been presented at California State University Los Angeles, Mystery Theater at Machine Project, REDCAT, Highways Performance Space, and the National Museum of Women in the Arts. Apart from being an interdisciplinary artist, she is the founder of Sat Naam, a nonprofit organization established to provide healing and creative arts to underserved communities in Los Angeles. Over the past three years Seema has been involved in site-specific projects that deal with different ways one connects to very specific locations around the world. These relationships are often forged out of both personal history and more subjective ideas and expectations around the mythology of a given place.

Roz Naimi was born and raised in Tehrangeles, California. As a poet, she is interested in the domestic space as a site in which cultural pride, national identity, and preservation are at stake. Her debut chapbook, In the Shadow of the Cypress Tree, explores themes of exile, memory and re-membering, intergenerational cultural retention, and utopia. This work seeks to articulate her family’s collective memory by way of a poetic voice, an “I” that speaks through her. She’s going to write the rest of her artist statement in the first person. Being Iranian in the United States means that language requires a constant negotiation, that I’ve been conditioned by shifting vernaculars, creative forms of signification. Language has never meant stability for me. It is always in flux, precarious. Code-switching has taught me how to play with and around language, the slippery-ness of words. My bi-lingualism and my parents’ immigration status (Iranian exiles) have also pushed me to think of nationhood and nationality beyond borders—How does language (in this case Farsi) function as a sort of cultural capsule that allows Iran to exist in the United States, through those of us in diaspora?

Betty Marín is a cultural worker from Wilmington, CA. Her work centers on creating educational spaces that encourage dialogue and solidarity between different communities. She is currently based in her home city of Los Angeles, where she continues to explore the theory and practice of popular education. She is a proud member of the language justice collective Antena LA, the pop ed and research collective School of Echoes, and the Los Angeles Tenants Union, which she helped found in 2015.